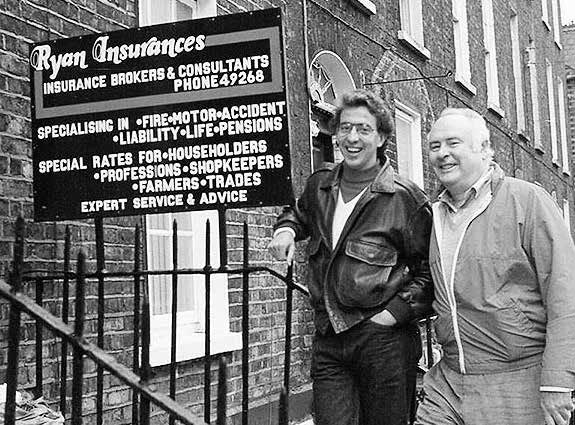 On April 3, 1993, when Bob and Amy married, Robert J Ryan was his son’s best man. “I wanted to honor him and to acknowledge our close relationship which had grown and further developed as we worked together.”

Working together was the 1 + 1 =3 success formula for the Ryans. Robert J. Ryan was the detail person, meticulous planner, finance manager, and ultimate inside man.

“Me?” says Bob, who was intrigued by the insurance business when he joined his father and the three staff members at the 115 Green Street office on May 13, 1985. “I
enjoy the outside aspects of the business. I love the face-to-face interaction with customers and the adventure of sales - still do. But the greatest gift Dad gave me was a deep appreciation of integrity.”

When Robert J. Ryan sustained a stroke, it ended his active participation in the firm. His wisdom, encouragement, and moral support however, remained steadfast. Bob continued to refer to him as “Boss,” taught his father how to drive again, and in collaboration with his siblings, assisted in providing support so Robert was able to
remain at his beloved home on the Hudson River.