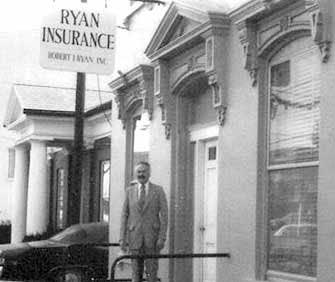 This year marks the sixth decade of the Ryan family’s relationship with a business that evolved through four major phases.

Entrepreneurship
The 27-year-old Robert J. Ryan, who would become the father of four, purchased The Duffy Agency and started an insurance business, Robert J. Ryan Inc., in Rosendale, N.Y.-- the first location of eight (over time) for the Ryan Insurance brand.

Growth
In 1985, at the age of 22, Bob Ryan Jr. joined the firm as an account executive. His brother, Dennis, also joined and served from 1989 to 1994 before leaving for a career in government and public affairs. The fathersons team accelerated sales and acquired six other regional agencies. In 1995, Bob Ryan Jr. bought the business from his dad.

Rebirth
In 2009, with a strong desire for independence and a continued commitment to the values instilled by his father, Bob embarked on a new endeavor and Ryan and Ryan Insurance Brokers, Inc. was established.