WSDG, January’s Client of the Month, is a global firm specializing in architectural acoustic consulting and media systems engineering. Owned by partners John Storyk and Beth Walters, the two joined forces in 1987, combining Storyk’s architecture background with Walters’ talent as an interior and fabric designer to form Walters-Storyk Design Group, or WSDG. (A very fascinating full history of the partners can be found here.)

Over the past 30+ years, WSDG has expanded across four continents, employing a team of 75 acousticians, architects, audio-video systems designers, engineers, interior designers, mechanical-electrical engineers, and lighting-theatrical technology designers. And while the firm has offices in Manhattan, Washington DC, Los Angeles, San Francisco, Miami, Switzerland, Brazil, and Germany, WSDG’s home base is located right here in the Hudson Valley, in Highland, NY. 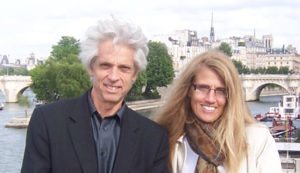 The firm has received countless awards and accolades—most notably, they have been nominated for the Technical Excellence + Creativity (TEC) Award 28 times and have won 11 times—and has been featured in esteemed publications including The New York Times, Vanity Fair, The Washington Post, and more.

WSDG offers a wide portfolio of design and consulting services that “support architectural projects during all phases from site selection to final commissioning testing.” Their team works on small retrofits to challenging ground up developments and everything in between, with a focus on workplace spaces, restaurants, residences, classrooms, stadiums/arenas, performance venues, media production and broadcast facilities, and worship spaces. WSDG has worked on over 3,500 projects to date, typically working on over 50 projects globally at one time. (You can take a look at their brochure for a seriously impressive portfolio of past projects and services offered.) 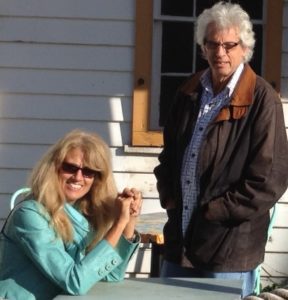 WSDG has been insured by Ryan & Ryan Insurance Brokers for 25+ years (or what seems like “forever,” according to founder John Storyk). When asked why WSDG chose R&R as their insurance agency, Storyk responded by stating:

“Many years ago, I was introduced to Bob by my dad. Once Bob was recommended, we never considered looking elsewhere. Why leave something that’s working?!”

When Storyk was asked what accomplishment he’s most proud of, his response was his involvement with the Walkway Over the Hudson, the world’s longest elevated pedestrian bridge, which spans the Hudson River between Highland and Poughkeepsie. Storyk has been on the Walkway’s board for 13 years and is currently the board’s Chair.

If you have an upcoming build that requires the expertise of an architectural acoustic consultant, we highly recommend giving our January Client of the Month a call at 845-691-9300 or visit www.wsdg.com.